We, the (Software) People

What is it that alienates the software industry people to the natives or rest of the universe? Do they have horns or garish tails? (Please do not confuse the ties as tails.Garish.Yes.Tail.No) Do they speak any human unknown language? Or do they live in Utopian work conditions?

Well, let me add an emphatic “NO” to all the above.Oh yes, We are oh-a-little-sauve-desi-sahibs-and-madams,Oh yes a little preposterous,Oh yes dreams American dreams and yes we would love to work a little less too. This doesn’t make us weird. Do they?
I have been working in IT industry for sometime now; giving me the right to defend any allegation against the industry. I agree we are not doing any ground breaking stuff here in office; well most of us are not. Most of us do some technical or managerial stuff, bitch about HR policies in between coffees and cigarettes and indulge in a keep-it-cool attitude towards work in general. You cannot complain, after all we are engineers. Preparation equates to last minute rushes for us.
Having said that, please note that there are many of us who slog most part of the day just to get the websites up and running (We do more than that. You might not understand even if I start to explain. What the heck,sometimes even we don’t.). You ask any software personnel if they have worked for 24 hours without a break. They would blink.
I prefer to call it the “The blink of incredulity.” “How dare you ask me if I have done night outs? Ask me how many times!” So much for Utopian work environment. Yes we have the best tea/coffee vending machines, the best infrastructures and the cleanest of restrooms. We probably don’t deserve all that but we are thankful we have a job. A salary good enough to pay our bills and save for a bike, may be a car. The industry after all gave the middle class Indian the hope to dream beyond the borders. The dream of seeing snow topped Alps are no longer in vain. May be someday, even if I have-not seen Himalayas I might see the Alps.
And as a woman, IT industry has given me the power of identity. Anywhere I go I can work. There will be an IT company wherever I go. I can work. I don’t have to stop working because I got married or was on a maternity break. Most companies provide 3 months paid leave, 3 months unpaid leave, flexible working conditions and a team willing to back you up during your pregnancy and post delivery. Maternity is a privilege and responsibility, and IT industry whole heartedly understands this. (We’ll even do baby showers if you let us!)
And somewhere in between I hear people are blacklisting IT as a career for their prospective brides. Ouch! Ouch! That hurt. So it means that if you are unmarried girl working in IT sector you are bound to be selfish, self centered, unable to make adjustments, incorrigible and money minded. I didn’t say this. And I have demanded a personal audience with “the somebody” who had the nerve to tell this to my in laws.
(As usual my slap-a-nasty-retort section of the brain was also dumbfounded and was unable to respond even when my first language is “Sarcasm (fluent)”.It created smog in my brain which obscured rest of the conversation.)
We are not perfect, but we do know life does not end with marriage.Period.If you think we are anything more than being pragmatic, please do the much needed reality check.
People have hyped up the behavioral irregularities in IT industry. Every time I walk into a bank I don’t expect myself to be treated as a princess. There are times when you are not treated well, there are times you meet doctors who are annoying. Then we know, all bankers and all doctors are not rude. Then why do this to IT industry? Calling us money minded, rude, self-centered and what not? (I’ve mentioned this before in the blog. So What? People have told this to me more than that. Sue me!) .I’ve said this before, some of us might be, but definitely all of us are not.
I’m not trying to establish that IT folks are the best in the world. I am just trying to clarify the fact that we are also normal people. We live in a virtual world. Now days in the “cloud” (Sorry that was an IT joke.).We love the chai and samosa like you do. In between those American dreams are yearnings for a simple curd rice and prawn pickles. We are nothing but a group of people who wanted our dreams to come true. Do not sledge us. We are just living our dream.
at 6:06 PM 15 comments: Links to this post

A short one for all the mothers of the world and Amma,this one is for you..

Mom,is thy middle name "Know-it-all"?
Worse is thy,"Didn't I tell you this all?"
Through those springs and summers of mine,
Filled with wrings and ponders and whine,
I know You will hold me tight,
Till I am "okay and all-right"...
at 9:48 PM 14 comments: Links to this post

Rambling in your mail box.. 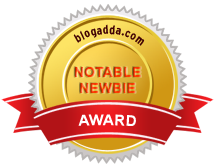